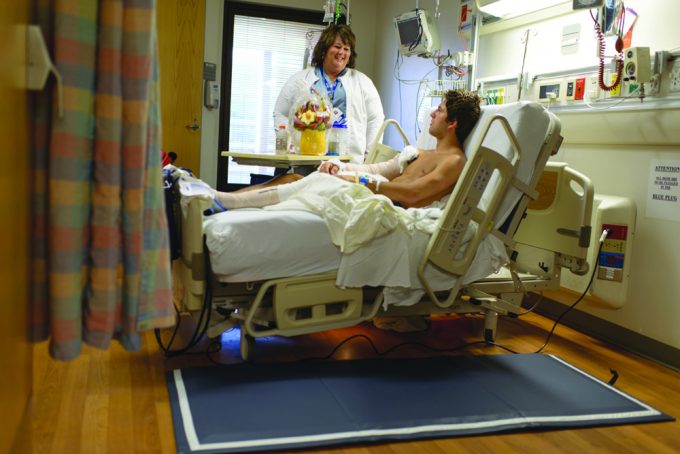 Falls in hospitals happen. But Rhonda Osteen, R.N.-BC, B.S.N., a clinical leader at UF Health Shands Hospital, says they don’t always have to result in injury.

Osteen says patients are also in an unfamiliar environment, surrounded by unfamiliar equipment, and are taking medications that might make them dizzy or confused.

“Unfortunately, patients fall, and we try to prevent that,” Osteen said. “But if they do fall, we’re trying to keep them from being injured.”

Should a patient fall, the mat placed by patients’ bedsides can absorb up to 85 percent of the impact.

Beginning in January, the mats were placed alongside six beds on Osteen’s floor, which was chosen because of the patients’ fall risk as well as its two semi-private rooms. Using a floor like this would ensure the mats could be used throughout the hospital.

Unit 54, which cares for patients with cardiac issues, is also taking part in the pilot. Unit 54’s clinical nurse leader is Karen Majorowicz and its nurse manager is
Rose Phillips.

After two weeks, Osteen asked for mats at each of the 24 beds. The mats are placed on the side of the bed the patient uses to exit, and Osteen says staff members have adjusted to putting IV poles and tray tables on the opposite side of the bed.

“Over the six months since we started the project, we have had eight patients fall and land on the mats, and there have been no injuries,” Osteen said. “I would like to see one at every bedside in the hospital.” 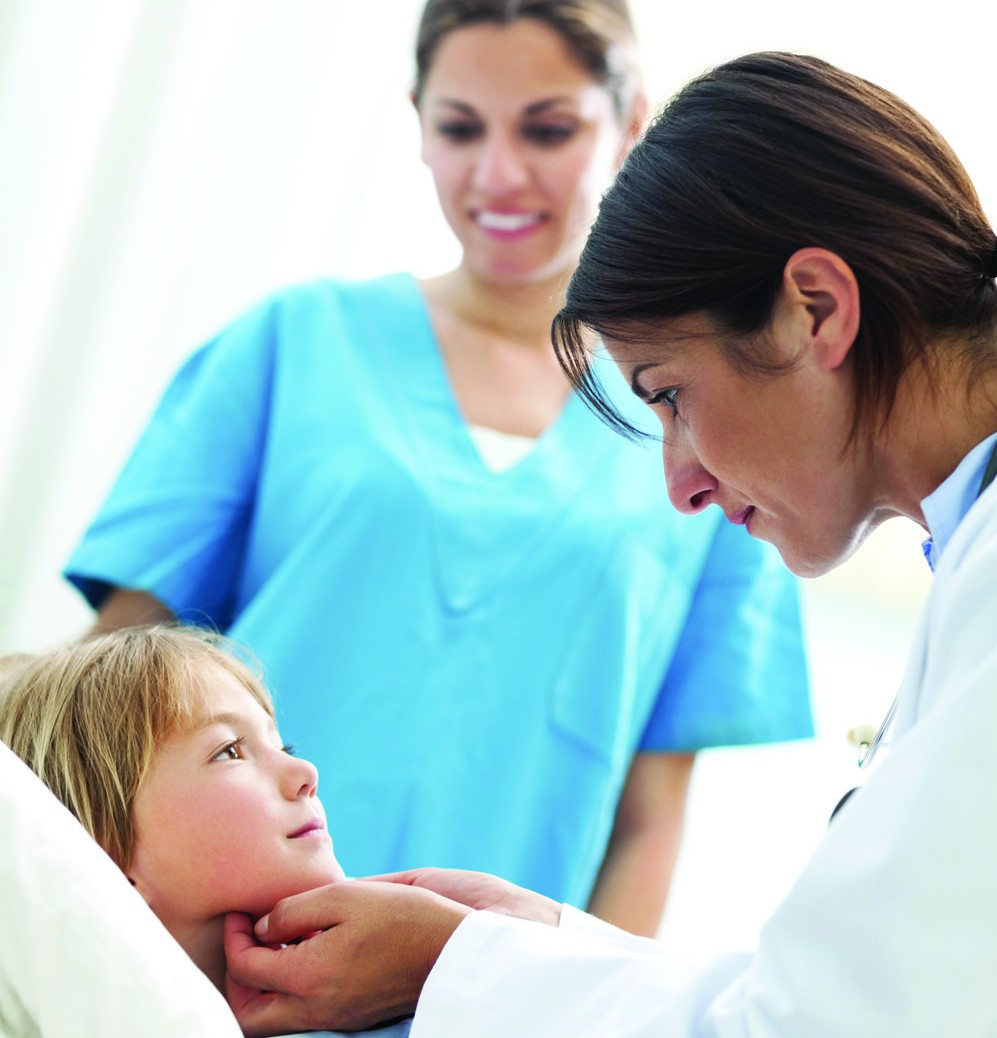