A baby is born. His mother sees him briefly, but cannot touch his little face. He’s whisked away for observation and bathing and newborn screening tests. It could be hours before she sees him again. She waits, alone, in a recovery room and then a postpartum room.

Although it sounds antiquated, this version of childbirth is a reality for women who undergo cesarean section deliveries at many hospitals across the United States, even when the babies are full-term and healthy. The problem? Not only is it isolating for women, but also the process prevents mothers and babies from bonding during the first hours after a birth, a time considered crucial for attachment and breastfeeding.

Three years ago, these practices were standard at UF Health Shands Hospital, too. But in 2012, a team of doctors, nurses and staff members took on the challenge of a systemwide culture change to make UF Health Shands Hospital a “Baby-Friendly” health care facility. The hospital was one of 90 hospitals across the country selected to take part in the National Institute for Children’s Health Quality’s Best Fed Beginnings program to earn designation as a Baby-Friendly hospital. To earn the designation, health systems must implement a series of changes geared toward encouraging breastfeeding, skin-to-skin contact and bonding after birth.

“One of the things we know is that hospital practices can sometimes inadvertently undermine the success of breastfeeding,” said Sandra Sullivan, M.D., IBCLC, a clinical associate professor of pediatrics in the College of Medicine. “The goal of Baby-Friendly is to keep moms and babies together and support breastfeeding because it is the best food for most babies. This is one of the ways we can help moms and babies get the best start so that when they leave us, they have the knowledge and support to meet or exceed their own goals.”

In March 2015, UF Health Shands Hospital became the first academic health center in the state to earn the Baby-Friendly designation. Because the hospital was part of NICHQ’s collaborative, the timeline for the process was accelerated, Sullivan says.

“If a hospital decides to do this on its own, it usually takes about 10 years,” she said. “We did it in two-and-a-half. It was intense.

“The culture change (at UF Health) is night and day.”

Becoming Baby-Friendly involves implementing 10 steps to successful breastfeeding. Because the steps involved all parts of the hospital as well as outpatient practices in Gainesville, the initial team — neonatologist Sullivan, quality improvement specialist Kati Harlan, R.N., M.S.N., LHRM, and the Center for Breastfeeding and Newborns’ Mary Ryngaert, M.S.N., ARNP, IBCLC — had to expand to take on the various changes. Representatives from nursing, administration, nutrition, lactation, audiology, purchasing, outpatient practices and nurse education as well as pediatric and obstetric physicians were all integral to the success.

They started small, tackling what they perceived to be simpler steps and moving on to more complicated ones. One of the steps is to ensure babies stay with their mothers as much as possible to facilitate bonding and breastfeeding. Their first challenge was to determine why babies spent so much time away from the mother’s room after birth and to devise solutions to change that.

Aside from cesarean section protocols, which resulted in babies spending significant time away from their mothers in the first hours of life, babies were leaving the rooms for many other reasons too. After both cesarean and vaginal births, babies left the room for newborn hearing screenings, other newborn assessments, check-ups with pediatricians and for breaks when mom and dad wanted to sleep.

Sullivan said the team thought this would be one of the toughest things to change, but when they met with audiologists, they learned they could do the checks in the room using portable equipment. The team then worked with pediatrics and nursing staff members to learn what was needed for other assessments and checks to be completed in the room.

Now, all newborn screenings are performed right in the room.

“The babies only go to the nursery now if they need a procedure,” Sullivan said. “We even renamed it the Procedure Room. We don’t have a ‘nursery’ anymore.”

After birth, the focus is now on getting a baby to his or her mother for skin-to-skin contact and breastfeeding as soon as possible, even after a cesarean delivery. Pediatricians are now trained to assess babies quickly and get them back to their mothers.

“In the Baby-Friendly plan, there is immediate skin to skin,” said Ryngaert, a pediatric nurse practitioner and trained lactation consultant. “This reduces stress and helps the baby naturally latch on within the first hour or two. We reduce separation throughout the hospital stay and also have assistance nearby so mothers can recognize what feeding cues look like, what good swallowing looks like and how to know when the baby is satisfied.

“We have seen (in the breastfeeding clinic) what happens when less than optimal care occurs in the hospital, so it is important to establish things in the first days of life.”

For each Baby-Friendly step, the committee identified obstacles and tested each solution on a small scale first before implementing a big change. This allowed them to see how well things worked and how solutions needed to be adapted to work systemwide, Harlan said.

One of the biggest challenges was training all staff members involved in prenatal and postnatal care, largely because of time constraints. Another challenge was cutting out the free supplies and samples from formula companies. Prior to seeking Baby-Friendly designation, the hospital received nearly all of the formula it provided to babies for free from the companies that make formula. Now, the hospital purchases formula at fair market value and no longer accepts items branded with formula names.

Significant efforts also were made to improve information and care provided to women before their babies were born and after they went home, too. Staff members working in obstetrics and gynecology and family medicine practices were trained on how to prepare women for breastfeeding. In addition, women are now sent home with the resources they need to access support if they have problems after they leave the hospital.

The team is also seeing positive results in patients.

“Over the last six months I’ve operated on five women who were breastfeeding. We provided them with hospital breast pumps that they were able to use in the preoperative and postoperative area so they were able to maintain their lactation schedule and provide breastmilk for their babies. This was something we never saw or needed in the past,” said Kay Roussos-Ross, M.D., an associate professor of obstetrics and gynecology in the College of Medicine and a member of the steering committee.

Aside from keeping up with the culture changes already in place, the team has other improvements they aim to make in the near future — namely continuing to improve lactation support for employees. New UF Health facilities will prospectively plan for pumping rooms.

Ryngaert said,  “We want to provide a good experience for everyone.”

Not so basic training 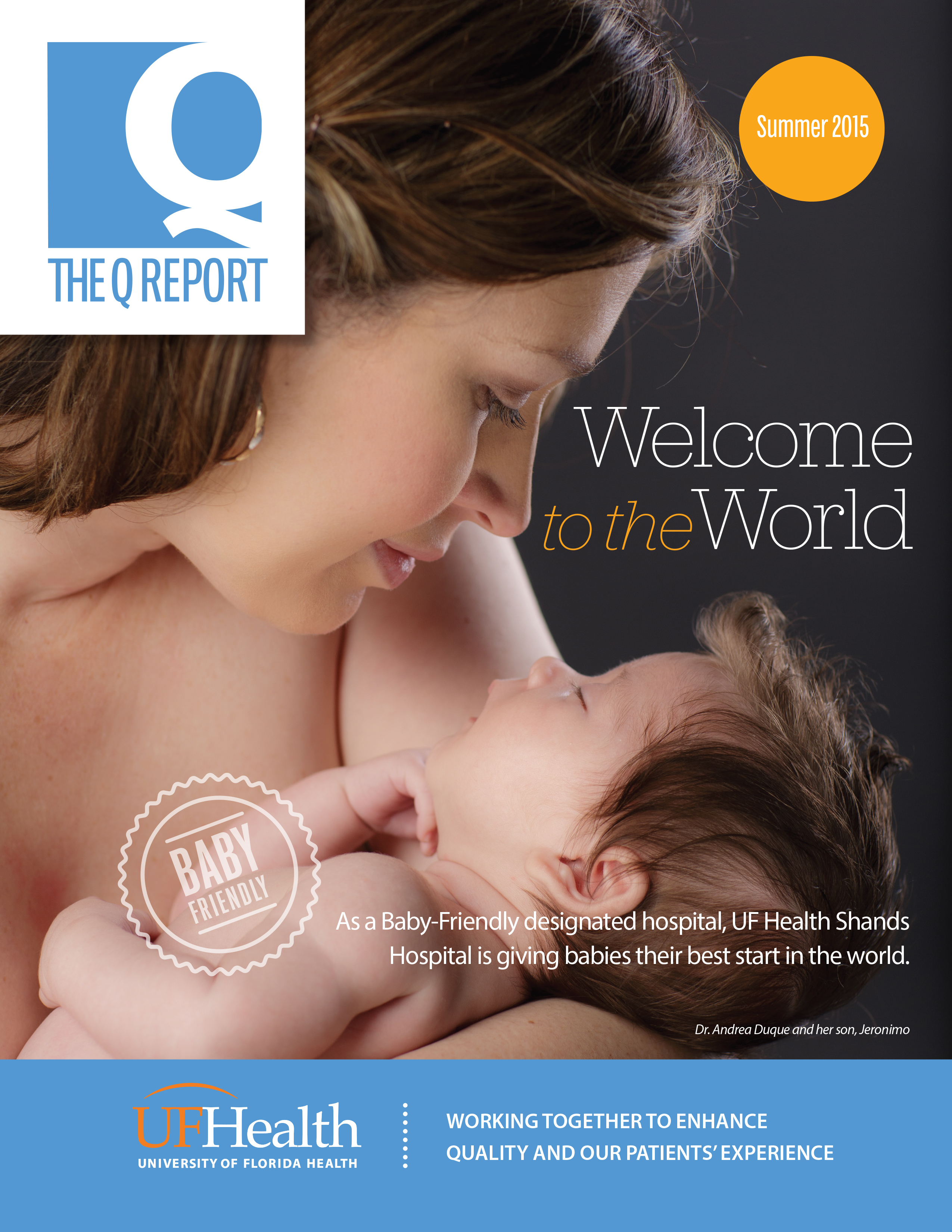