Each month, the UF Health Sebastian Ferrero Office of Clinical Quality and Patient Safety recognizes staff members who have made a “Great Catch” to prevent medical errors.

Each time a patient comes to the UF Health Shands Psychiatric Hospital, a pharmacist reviews his or her admission orders.

The goal? To catch any mistakes in medication regimens or prescriptions that might occur when a patient is admitted or being transferred from another hospital.

So when a patient came to the psychiatric hospital, pharmacist Dan Nguyen, Pharm.D., reviewed the patient’s admission orders and saw exactly the situation this process is supposed to catch.

When the discharging physician in the UF Health Shands Hospital emergency room reviewed the discharge orders, the patient’s insulin prescription regimen wasn’t clear. Nguyen compared the patient’s admission orders to his medical administration record, the electronic log of the medications the patient was given during his hospitalization. He found when the patient had been in the E.R., he had only received correctional insulin, also known as a sliding scale insulin.

By the time the patient came to the psychiatric hospital, his blood sugar was moderately controlled on correctional insulin alone. But his discharge insulin orders still seemed inappropriate.

“Those are very high doses you wouldn’t normally see together,” Nguyen said. “If it had continued, the patient potentially would have had hypoglycemia, or very low blood sugars.”

Nguyen’s attention to detail, which was honored with a Great Catch Award, is part of an overall process at the hospital. Bobby Nipper, R.Ph., C.Ph., lead pharmacist at the UF Health Shands Psychiatric Hospital, said pharmacists there review each patient’s orders relating to his or her medication, which are called “prior to admit medications.”

“The hospital has strong processes to prevent giving people the wrong medicine,” Nipper said. “The errors now are the ones you didn’t know were wrong in the first place.”

That is, a patient’s medical record could include an old medication a patient is no longer taking, which the hospital may not be aware of. That’s where pharmacists like Nguyen and Nipper can step in.

“We call the patient’s pharmacy, we’ll try to talk to the patients and we review what’s in the medical administration record,” Nipper said. “We’ve had a lot of administrative support here at the hospital to provide this type of service.”

Nguyen said UF Health Shands is taking even more steps to make sure catches like this happen more frequently. The pharmacy department is implementing an initiative to have pharmacists review each patient’s required medication, or medication reconciliation, when patients are admitted or transferred to other hospitals. In fiscal year 2015-16, the department hopes perform medication reconciliation for at least 25 percent of the patients at UF Health Shands Hospital. At the psychiatric and rehabilitation hospitals, the pharmacists already review the medications of all of the patients who are admitted.

“We try to make sure that everything patients are taking at home is what they are getting when they are admitted to the hospital,” Nguyen said. “Sometimes, you have to dig deep to figure these out. Especially with insulin, the doses change so much and sometimes switch brands. It can be better to walk over and talk to the patient about what they have been taking.” 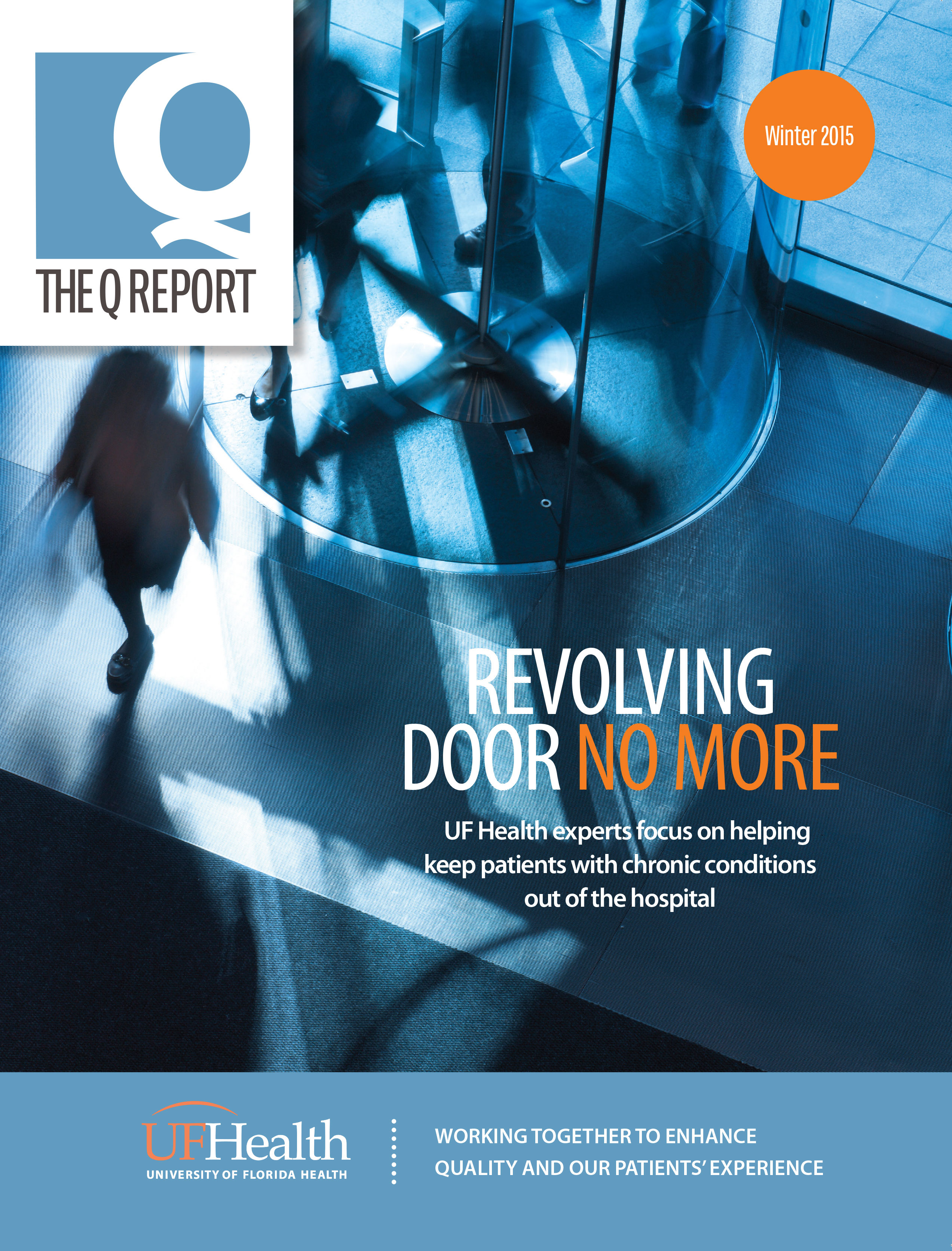