When Krista Hair, R.N., noticed that an order for a 162.5-milligram tablet of acetaminophen came in for one of her patients who had mild pain and a fever, she knew the medication ordered was correct, but the dosage was off.

The dosage was too high — and tablets aren’t typically given to 5-month-olds.

“We usually give oral Tylenol (liquid) or a suppository to infants,” said Hair, a nurse who works in various inpatient pediatric areas. “We really don’t do tablets for babies.”

The medication had been ordered from the pediatric urology general admission order set. The dosage amount was correct, but the order had requested the medication in tablet form.

Epic, the electronic health record software that helps health care providers manage patients’ medical records, changed the dosage of the order because the medication had been ordered as a tablet. Epic has a minimum allowed measurable dosage for tablets — the tablet cut in half — and so it rounded up the order from a dosage of 10 milligrams per kilogram of body weight to a 162.5-milligram tablet.

Thanks to Hair’s sharp observation, the medication order was suspended. She called the pharmacy to clarify the form and amount that was being processed. The pharmacy had the order for the tablet removed and the patient did not receive the dose.

Hair’s “Great Catch” led to a permanent change in the way acetaminophen is ordered. Previously, whenever a physician ordered acetaminophen, the order defaulted to a tablet or suppository, and because of Epic’s rules about the minimum allowed dosage, the system rounded up half a tablet rather than down half a tablet.

Now, safety leaders have decided that the form of acetaminophen will now default to oral liquid for postoperative pediatric urology patients. Additionally, all pediatric order sets — routine standard orders set up for specific patient populations — have been reviewed to make sure this issue is addressed in those patient populations as well.

‘Just Culture’ in the workplace

In health care, cultivating an environment of trust and transparency is essential to safeguard patients.
By Laura Castro 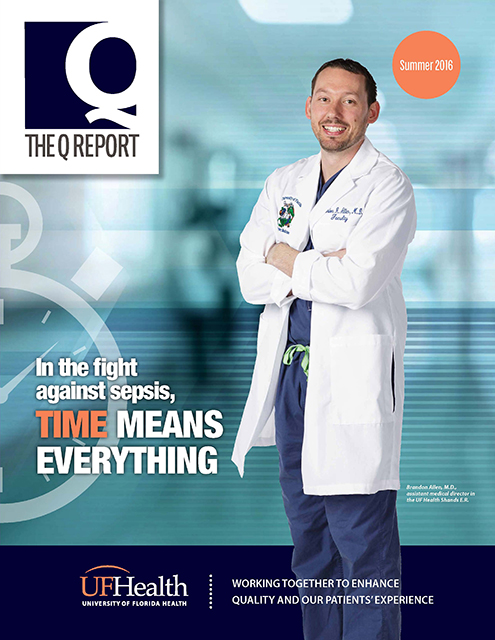