When Rey Reyes, R.N., an O.R. nurse at UF Health Shands Cancer Hospital, was working with a laser lithotripsy machine, part of the device overheated. Before long, he felt the device get unusually hot in his hand.The Class 4 laser, the most powerful of its kind, is used to break down a patient’s kidney stones to make them pass more easily. Reyes and a nursing colleague, Luvenia Flowers, R.N., wanted to be certain that the problem stopped there.

During an inspection, it was discovered that the problem involved the laser fiber that carries light pulses to pulverize the stones, Flowers said. Nothing like that had ever happened before, even with the laser machine being more than 20 years old.

“It was a defective laser fiber,” Flowers said.

Flowers took that particular lot number of laser fiber off the shelf and called all the appropriate people to make sure that similar laser fibers weren’t being used elsewhere.

Although it was a rare occurrence, Flowers said she is grateful there were no significant injuries. The main concern is always the patient’s and staff’s safety, she said. Many of the anesthetics in an O.R. are flammable and have the potential to trigger a fire.

“We are just glad everyone is OK and no one was seriously harmed from it,” Flowers said.

Their “Great Catch” prevented a possible laser fire and has renewed the emphasis on appropriate safety precautions when using such devices. Among other things, that means always wearing eye protection and making sure windows are covered.

“Anything can happen, so you have to make sure that you follow all the steps that you need to ensure everyone is safe,” Flowers said.

Reyes and Flowers appreciate the attention but don’t think they deserve all the credit.

“We work together every day to ensure our patients’ safety. I really believe that what happened is a culmination of the training and high standard of care of our team, not just a few individuals,” Reyes said. “Anyone on the urology team could have recognized the problem and caught it before things went astray.” 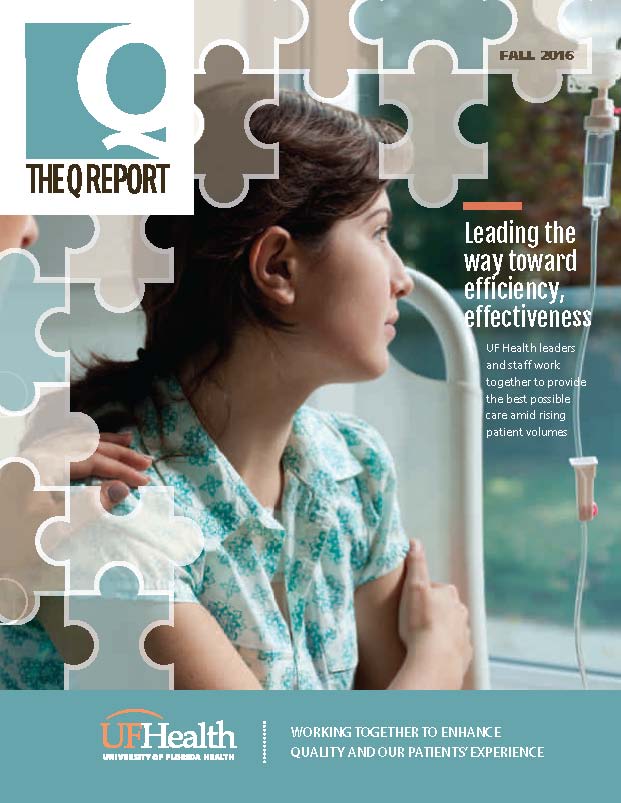