In a pharmacist’s world, appearances can be deceiving. A blood thinner pill can resemble an antipsychotic medication, and the two drugs have similar names and identical doses. In mid-September, a UF Health Shands Hospital nurse noticed that very discrepancy and stepped in to make sure the patient received the correct medicine. Less than a day later, the dispensing error was detailed in a patient safety report and discussed at the hospital pharmacy’s daily safety huddle.

Launched in August 2014, the huddles are now embedded in the department’s safety culture. Each day, a cadre of pharmacists and pharmacy managers gather in person and by phone to talk about medication issues, equipment troubles and other pharmacy-related topics from the past 24 hours.

“It has shifted our errors to lower-level errors,” he said. “We’re catching more things before something bad happens, and people are reporting errors more often because they want to see change.”

The huddles have also played a big role in improving the pharmacy staff’s perception of safety within their department, according to Komorny. Between fiscal years 2014 and 2015, the percentage of pharmacy employees who gave UF Health Shands an overall safety score of “excellent” — the highest possible rating — more than doubled, as measured by the Agency for Healthcare Research and Quality’s Patient Safety Culture Survey.

Amy Rosenberg, Pharm.D., BCPS, a UF Health Shands Pharmacy Services pharmacy specialist in medication safety and quality and a UF College of Pharmacy clinical assistant professor, said the huddles have made everyone more vigilant and proactive about safety. Since the huddles started, she has seen more instances of staff who were directly involved with a mistake submitting a patient safety report about those incidents.

“I like to acknowledge them for doing the right thing,” she said. “It creates a culture where people are comfortable about sharing their mistakes with others.”

With the extra emphasis on safety that has come out of the daily huddles, Komorny said it’s important to emphasize that many of the issues raised in patient safety reports are resolved before medications ever leave the pharmacy. That fits in squarely with the pharmacy’s Just Culture practice, which emphasizes accountability.

“This is about creating the transparency that we need to work through safety problems,” he said. “It’s about coming up with systems-based solutions, not blaming individuals.” 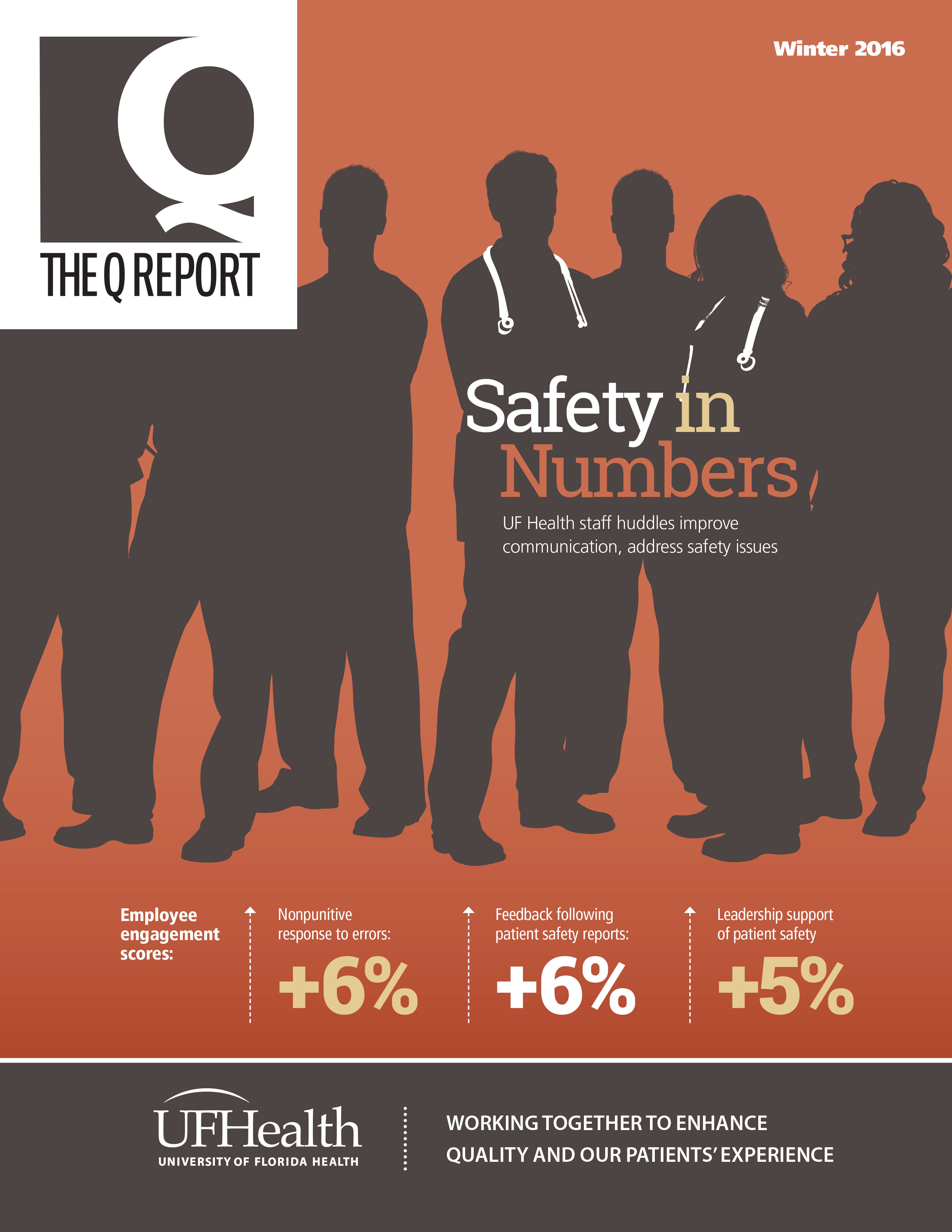