The worlds of human and animal medicine are indelibly intertwined. While the procedures, equipment and roles are comparable, the similarities between the two disciplines are far more profound. Health care experts who care for species characterized by fur, feathers and scales experience the same pressures, face the same complications and work with the same marked purpose as providers who treat humans: To provide the best care for their patients.

Though collaboration between the two fields has strengthened in the past decade, the transfer of best practices and processes is still fairly isolated. At UF Health, interdisciplinary teams are looking past the difference between snout and nose, flippers and feet, to learn from each other how to continually improve quality care.

In the past year and a half, the UF College of Veterinary Medicine became the first veterinary health system to implement a series of standardized quality improvement initiatives previously alien to the field of animal medicine. With invaluable, step-by-step guidance from faculty and staff working in the human medicine arena of our organization, the college is pioneering a new standard of safety reporting.

Patient safety reporting is a mainstay in human medicine. It is used at UF Health Shands and UF Health Physicians outpatient practices and was recently implemented in the UF College of Dentistry. In veterinary medicine, however, standardized reporting systems are virtually nonexistent.

A little over a year ago, leadership from the UF College of Veterinary Medicine and UF Health Shands set out to adapt best practices from the world of human medicine to enhance care for thousands of animals treated at UF Health’s small and large animal hospitals.

While safe, excellent care is a foremost priority, quality advances tend to be made at individual team levels and their reach across the discipline is limited. This may be because veterinary medicine traditionally has fewer state and federally mandated regulations about reporting. The Joint Commission and legislation in many states requires adverse event reporting in human medicine, but veterinary medicine has yet to implement such guidelines.

“There’s not much in veterinary literature about outcome-oriented process improvements,” said Chris Sanchez, D.V.M, Ph.D., UF Large Animal Hospital medical director and an associate professor of large animal medicine. “The culture of identification and discussion in an organized fashion, with a system in place to report and track, is far behind. It just hasn’t been talked about much until now.”

UF Health uses a reporting system called IDinc that collects and aggregates details about safety events submitted by staff. The system is also used to report patient grievances, peer reviews and potential safety events. This helps identify underlying factors that cause errors and it mitigates future risk to patients through process improvement efforts.

Since a reporting system for the veterinary college was the first of its kind, Allen had to take a system suited to the human medicine world and customize it entirely. Simple things, like species, needed to be added. And when a patient’s name was displayed, Allen made sure the corresponding owner’s name also showed up.

“We modeled it off of our system for human patients, then changed it to fit their needs,” Allen said. “We told them what worked for us and why, then we were open to their environment and how it may or may not apply.”

It took six months to get it just right. But now they faced the biggest challenge — convincing staff that the system wasn’t a way of punishing individuals for mistakes, but of improving systems.

Sanchez and Gareth Buckley, D.V.M.,UF Small Animal Hospital medical director and a clinical assistant professor for emergency medicine and critical care, became champions for the system. They visited every clinical area of the Small Animal Hospital and the Large Animal Hospital to introduce the new system and address staff concerns. They explained what they planned to do with the information and spoke about the benefits to patient safety and care.

“People were naturally a little bit nervous that this would be a way of punishing people who make mistakes, but I think we’ve dispelled that myth,” said Buckley. “Our staff understands that it’s all about looking at what we’re doing to always offer the best clinical service and asking ourselves if we can do better.”

When the system launched, Sanchez and Buckley developed a core safety team with Dana Zimmel, D.V.M., UF College of Veterinary Medicine chief medical officer and associate dean for clinical services, and Megan Eide, Pharm.D., the UF College of Veterinary Medicine pharmacy manager. The team met for weekly huddles to discuss safety events and figure out ways to prevent them from happening again.

They added a permanent agenda item to the quarterly hospital assembly to discuss the reports being generated and what steps they were taking as a result. Monthly meetings with service area leaders also helped to disseminate information, and regular gatherings with smaller groups helped address concerns and garner feedback.

As staff became familiar with the system and saw improvements develop from their work, a shift in perspective became apparent.

“It’s very encouraging,” said Sanchez. “They feel substantially empowered and like someone is listening to them. They’re part of the team.”

Kelly Higgs-Rick, L.V.T., the UF Large Animal Hospital internal medicine manager, said that when the system first launched, her staff would call her every time they logged a report. Now, they’re inputting information independently. It was a turning point, Higgs-Rick said.

“They have always been patient safety advocates as individuals, but now they see these broad initiatives and real changes that are coming out of it,” she said. “They get to have a voice at the table. That’s really critical.”

Changes across the continuum of care

As Allen and risk managers from the quality department helped the team analyze data from incoming reports, they focused on several areas of opportunity.

For example, the reports revealed issues with patient identification at the small animal hospital. Staff had to fill out patient identification bands by hand, which caused legibility issues. The information on the bands, which fit around the neck of each animal, was also occasionally covered up if the animal was particularly small.

Now, the details are printed in black typeface on a bright orange strip that ensures visibility no matter the size of the patient.

The reports also illuminated the parallels between the human and animal medicine world. As in the human medicine world, the veterinary teams are examining issues like antibiotic use, sepsis recognition, mortality rates and other key quality metrics.

“It was fascinating to see the similarities,” said Buckley. “It’s the same medicine, the same specialists and similar procedures and turnover of cases. We’re all just trying to answer the same question — how do we improve care for our patients?”

Looking to the future

The team continues to work with Allen and other experts from the quality department to understand what triggers safety events. They plan to implement more targeted quality improvement initiatives and engagement activities, and are also attending regular safety meetings at UF Health Shands Hospital. Hearing how similar issues are solved in the human medicine world is helpful and they, in turn, are able to share their perspective.

“I think this is something that will be as important in veterinary medicine in the next 10 years as it is now in human medicine,” Buckley said. “It’s just a matter of how ready you are when the time comes. I think we’ll be very well prepared and at the forefront of it all.” Laura Castro is a coordinator at UF Health Communications. She develops and rolls out diverse communications plans for a variety of clients throughout the organization, and creates a broad array of multimedia material to advance strategic corporate goals. She also supports UF Health with issues management and crisis communication, and serves on the media on-call team and the emergency response team. Prior to her position at UF Health, Laura developed communications and marketing material for the Gainesville Fisher House Foundation. Her responsibilities at the organization included planning fundraising events, implementing charitable-giving programs and managing media relations. She also worked closely with the executive director to develop new community outreach initiatives. While completing her degree at UF, Laura interned at a wide range of organizations, including a nonprofit law firm, medical pregnancy center and music company. Laura graduated summa cum laude from the University of Florida with a B.S. in public relations and a concentration in business administration. 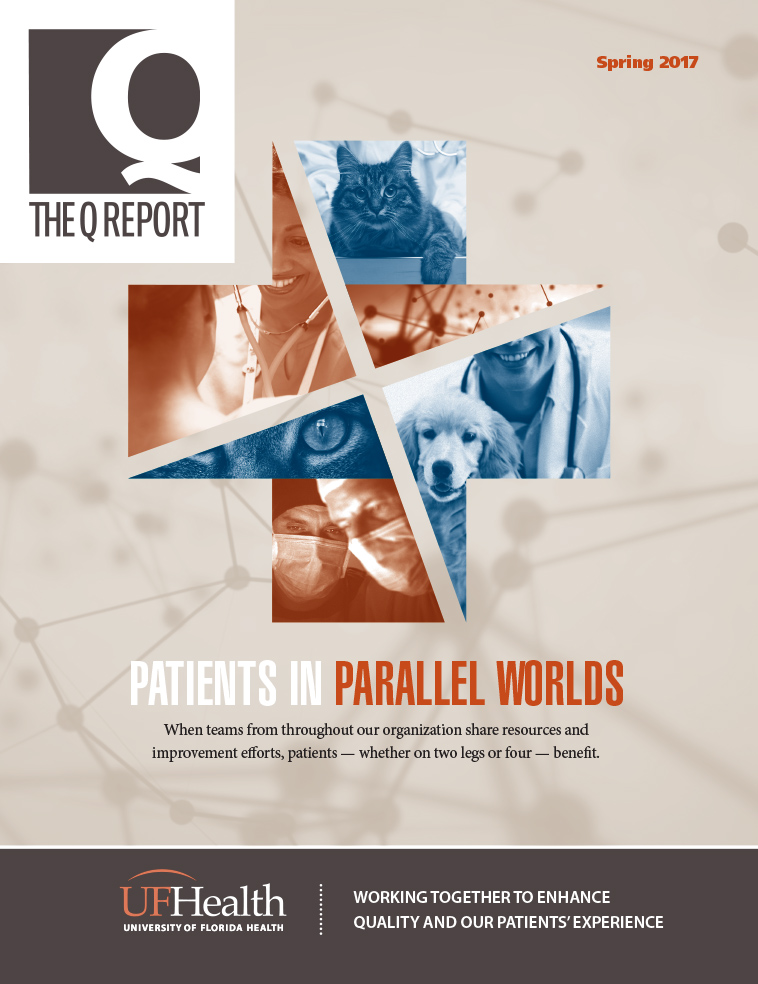