When it comes to physicians treating patients, their close attention to the smallest details can greatly affect the impact of our patients’ care and outcome.

At the urging of a friend, who is a fourth-year medical student in the UF College of Medicine, a patient presented at the UF Health Emergency Center at Kanapaha with symptoms similar to an upper respiratory infection. Upon initial examination, the critical care team determined that the patient looked well and felt fine.

Before discharge occurred, Matthew Shannon, M.D., FACEP, an assistant professor in the UF College of Medicine’s department of emergency medicine and the medical director of the UF Health Emergency Center – Kanapaha, reassessed the patient and noticed minute symptoms that raised concerns. These clues hinted that something much worse than a respiratory infection could be troubling the patient.

“While the fever and malaise lend themselves to a typical infection, a petechial rash made me think it was more,” Shannon said. “I ordered a lab set drawn, started broad-spectrum antibiotics and insisted the patient be admitted.”

“This case is very unique in that traditionally, Neisseria doesn’t present in the manner in which it did with this patient,” said Shannon.

Talking to a patient about his or her symptoms can be as important as lab test results, said Matthew Shannon, M.D.

“This case is very unique in that traditionally, Neisseria doesn’t present in the manner in which it did with this patient,” said Shannon.

“Neisseria patients typically present deathly ill, sometimes succumbing to the disease mere minutes to hours after coming into our care. This patient came in not feeling well, but looked great from the outside. The only thing that stood out was the rash.”

“The course of meningococcal disease is measured in hours,” said Nicole Iovine, M.D., Ph.D., a UF College of Medicine associate professor of medicine and UF Health Shands hospital epidemiologist. “And I am confident that had this patient been sent home from the emergency department, his chances of dying were very high.”

Shannon noted,“We were very fortunate to catch this early and talk to the patient about his symptoms, and noticing what he was saying didn’t match with why he had a rash. Sometimes, talking to a patient is just as important, if not better, than any test.”

However, the patient fared well due to receiving medicine early enough. Iovine said Shannon’s expertise and care played a major part in saving the patient’s life. Shannon added, “The key here is to, again, look for patterns. If it doesn’t fit, investigate it. Perform confirmatory labs, consult with other physicians, and if needed, order imaging studies.’’ 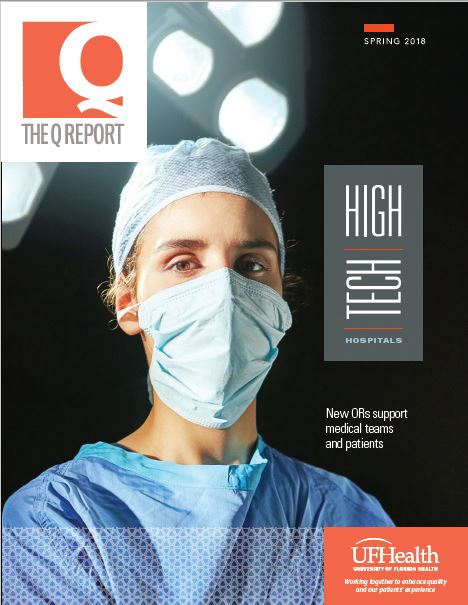